Jgo had been based in Tower Hamlets but when faced with having to move from their premises for commercial reasons they struggled to find a new location which was affordable – until they discovered Londoneast-uk.

Although predominately a centre for science and business, Londoneast-uk also provides space for charities. Last year Londoneast-uk signed an agreement with Crisis, the national charity for homeless people, to take 15,000 square feet of space to store dry goods for its ‘Crisis at Christmas’ programme.

As part of the agreement Londoneast-uk also donated a further 17,000 square feet of storage space to Crisis which the charity could either use itself or rent out, with proceeds from any rental fees channeled back into Crisis to help fund their sterling work.

Now Jgo MEDIA has taken up this space to create a specialist training facility for Community and Voluntary Sector organisations, with the rental, anticipated to be in the region of £20,000, going to Crisis.

Speaking at the opening of the new Jgo facility on Wednesday, December 5th, John Lewis, Managing Director of Londoneast-uk, said many business parks have dead space which could be utilised by charities.

Mr Lewis said it was great that Jgo was the first beneficiary of his concept and added: “We think this is a good idea that other business parks should follow to help charities.”

Team JGO was founded in 1999 by Jan Bros and Jon Hems. The pair originally worked together coordinating various social housing projects when they were council officers in Tower Hamlets.

They now employ a team of seven people across the Team JGO portfolio providing training and support to CVS groups, working with schools on learning programmes and developing a special programme for prisons aimed at offering help and advice to combat repeat offending.

Jgo’s Londoneast-uk facility will be fully operational from Mid-February 2019. The cORe, Community Online Resource Exchange, will provide a series of training programmes to help local, regional and national CVS organisations make better use of Social Media networks to promote their causes.

Cllr Darren Rodwell, the Leader of London Borough of Barking and Dagenham, officially opened the cORe on Wednesday. He welcomed Jgo MEDIA to Londoneast-uk and said the organisation was a perfect fit for the borough whose ethos is that ‘no-one is left behind’.

He said it was great to see charities like Crisis and social enterprises such as Jgo situated on a site which has London’s only major science facility, will soon have London’s first film studio to be open in over 25 years and the UK’s biggest data centre.

“No one has been left behind on this site,” added Cllr Rodwell.

Mr Hems thanked the Londoneast-uk team for the practical support and technical knowledge that enabled Jgo to make such a smooth transition to Dagenham where he said Jgo had received a warm welcome from the local community too.

Londoneast-uk Business and Technical Park is situated in Dagenham, East London, and is located in state-of-the-art scientific buildings and on land which was once a major manufacturing plant of global pharmaceutical company Sanofi. Now under the ownership of SOG Group – owner and operator of the award-winning The Heath Business and Technical Park in Cheshire – the highly specialised research & development and manufacturing buildings, which would cost tens of millions of pounds to replicate in today’s market, have been rebranded under the banner of Londoneast-uk and have been transformed into a business and technical park to service London and the Home Counties.

Londoneast-uk operates as a sister park to The Heath in Runcorn which is regarded as one of the UK’s leading independently-owned technology parks. For more information visit: www.londoneast-uk.com 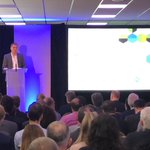 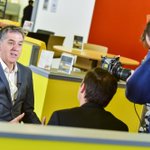 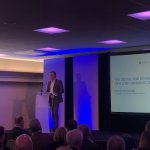